You are here: Home / Fresh Words / What’s Happening in Evangelicalism – And Beyond

I haven’t posted in a long while, violating all the standards and rules for building a brand. That’s okay. Freevangelic isn’t a business or a brand. It’s an honest journey of being. I’m not here to post for algorithm’s sake. When I arrive at something that feels worthy to share, I know the time has come to type.

That time is now.

how this awareness came

I’ve increasingly been doing interviews about Freevangelic. A beautiful side effect of this is the clarity of discernment that bubbles to the surface with each repetition of a question. “How did you decide to leave evangelicalism?” and “What do you believe about the Bible now?” and “If you’re no longer in the evangelical church, what do you believe in now?” are questions I’ve answered…well… it feels like a million times.

But in sharing my journey and receiving the precious feedback of people from a variety of belief paths, I’ve become aware that the faith shift in my life is being experienced the world over. It’s as if millions of us are waking up to a more authentic Way of Being that serves love better. And this is what I’ve been thinking on of late. Why is that happening now?

And I think I’ve arrived at an awareness worth sharing.

MASCULINE AND FEMININE - ENERGY, I MEAN

First, we need to see that there are two types of energy: masculine and feminine. I do not say woman and man. I’m not talking about physicality here, but about mentality. Feminine energy and masculine energy. Depending on your walk of life, you may only know these energies housed in their corresponding physicalities. Or maybe you know a man who, in the best way you can say it, “acts like a woman” but you’re puzzled because he is not gay. Or maybe you know a woman who, in the best way you can describe it, “acts like a man” but you’re puzzled because she’s happily married to a man and is raising three kids.

Think about masculine and feminine as energies, not physical bodies, for just the next few minutes, okay? 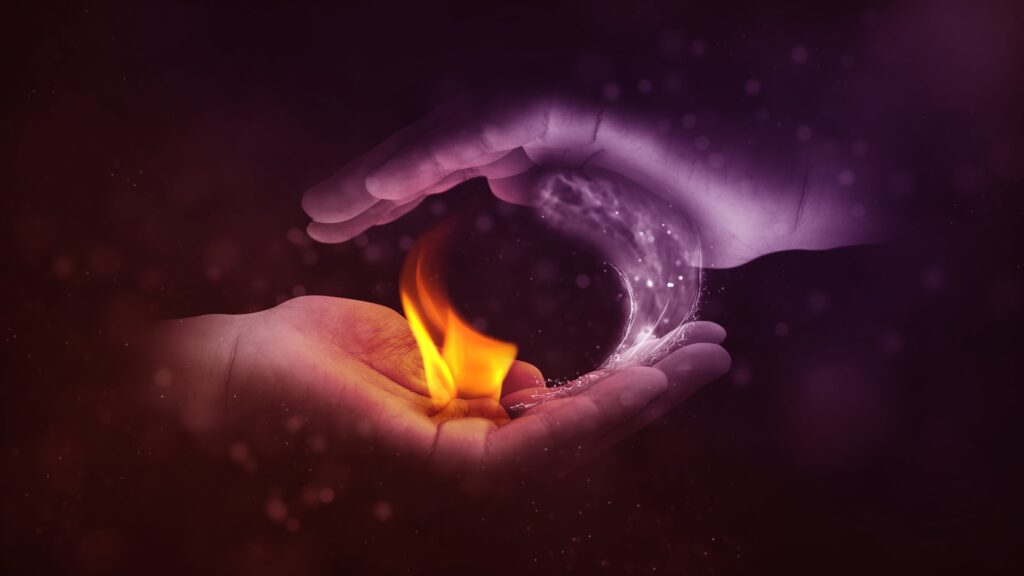 THE BEST AND WORST OF MASCULINE AND FEMININE ENERGY

Now, when masculine energy is left on its own to run to its worst end it becomes dominating and subjugating. It demands all authority. It conquers – not for the good of all, but for the good of self. Its ends are rooted in inner insecurity, either conscious or subconscious. It operates from a place of fear. That fear drives it to dominate.

When feminine energy is left on its own to run to its worst end it dives inward. It curls in on itself, no longer able to send kindness and care outward. It does not nurture life externally anymore. It, too, operates from a place of fear. That fear drives it to tun in on itself, ignoring outside threats in a hope of being kept safe from them.

Both of these states of being harm men and women alike. Conquering men and closed off women hurt the entire community of living things. It is good for no one.

BUT – in their healthy states…

When these energies work together in their optimal states, all life in the community flourishes – human, animal, and plant.

We can see this extreme masculine energy from the start of Judaism, where feminine is robbed of its life-bringing state by being set up as the embodiment that brought sin into the world, and what had been a symbol of life in cultures of the day (the snake) is the vessel with which she works to do this. This carries right through to today’s evangelical church with its rules against female deacons and preachers. The body and blood (communion or Lord’s Supper, depending on your background) don’t come to the community via female hands in evangelical churches. These ultimate symbols of life are only allowed to be served by male hands.

But this is the complete opposite of the true Way of Life. It is an incarnation of the Way rooted in the worst of masculine energy: a desire to control and dominate feminine energy.

By co-opting an incarnation of service into masculine energy that belongs in feminine energy, the entire evangelical community suffers. Silencing and ruling feminine energy – rather than harmoniously existing alongside it – hurts women and men. Because men, like all beings, crash upon the rocks of life sometimes, too. They, like all beings, get cut up and bruised either physically or metaphorically and find themselves in need of the feminine life-nurturing, life-giving energy. But if you’ve spent generations eradicating the safe space for feminine energy to operate, you find yourself the wandering wounded in an inhospitable desert at time of crisis. Feminine energy has turned in on itself and is not available to you now, when you need it.

I think it goes beyond evangelicalism to life on the planet. We’re seeing feminine energy rise up in unexpected places and ways. It’s as if life as a whole will only allow an imbalance between the energies to go so far before it begins righting itself. Sometimes that looks like changes in religions. Sometimes, in ways of life. Sometimes, in physical manifestations.

I think we’re living in a time when pockets of masculine energy are rising up to create and hold safe space for feminine energy. I think feminine energy is rising, countering the imbalance that has grown to unsustainable proportions. I think this is happening everywhere, including in evangelicalism, and I think it’s transforming the human experience on the planet.

It is truly a phenomenal time to be alive – to see and be a part of life balancing itself through the individual experiences of billions.

Is anyone else seeing this at work? If so, how and where are you seeing or experiencing it?

Find Your Free! Leave a comment below... Cancel reply

This site uses Akismet to reduce spam. Learn how your comment data is processed.