You made it! You’ve found the place for questioning faith, and for good living after evangelicalism. Here, we try to learn the Truth and live in the freedom it brings.

I (Rebeca) began seriously questioning faith – evangelical, Southern Baptist, Bible-based faith – in 2016. I was sitting at my kitchen table, doing my daily Bible reading (I used to read the Bible through every year using the Chronological Study Bible), when I ran across a scriptural contradiction.

These are places where the Bible contradicts itself. There are many. I always read the commentaries, went around my elbow to get to my thumb, and accepted that it was okay. My faith required that I believe in Biblical inerrancy – that the Bible is 100% accurate, without error – and so if I read something that sounded like an error, I had to find a way to explain it so that it wasn’t an error.

Yeah, it’s as exhausting as it sounds.

My eyes flickered back to the page before and read,

“Once again the anger of the Lord burned against Israel, and he caused David to harm them by taking a census…

I read the commentaries again. Googled it to death. Tried to make myself agree with the scholars who insisted that this was not a contradiction.

But “Satan” and “the Lord” are polar opposites. Mortal enemies. The two masters we humans choose between.

I was raised and saved (at 6 years old) in the Southern Baptist church. I faithfully worked through Beth Moore Bible studies and even hosted some of them in my home. I founded a women’s ministry at First Baptist Church in Fulton, Kentucky. I dedicated myself to becoming a Proverbs 31 woman, to acting in submission to my husband, to him being the head of our household, to never having teaching authority over a man in the church, and more.

I was the launch publicist for the fiction division of the largest Christian publisher in the world, Thomas Nelson Publishers (now a division of HarperCollins).

I’m not touting accomplishments here. That’s not what I mean. I’m telling you this so that you will know I wasn’t a surface level, lukewarm, Church of Laodicea kind of Christian. I was all in.

At the time this happened I was serving as President of a non-profit focused on embedding healthy, life-affirming values into mainstream movies, books, and TV shows. My faith crisis wasn’t only personal, but also professional.

My entire life was motivated by my faith.

As I left the kitchen and walked upstairs to my bedroom, I decided to give myself one year of questioning faith. One year of not believing or making excuses for my faith’s requirements or contradictions in the Bible. One year to ask, “What is truth?”

I journaled the experience in what Charles and I came to call my Questioning Faith Journal. Portions of that are shared on this blog.

I wrote about the excruciating realization that, if I was wrong about my faith, I might also be wrong about spending eternity with my precious children. I wrote about feeling like I was wearing a mask, not telling people about my questioning journey. (Maybe you know that feeling?)

Only two weeks into that year, my father-in-love approached the end of a seven-year battle with Parkinson’s disease. Charles had asked me in week one where my hope came from now.

As I sat in my in-laws’ bedroom watching my father-in-love’s life come to an end, I slammed face-first again into whether a lack of eternity in heaven was now my reality.

I wrote and I wrote. Prayed. Meditated. Discussed. Pondered.

And then I left evangelicalism entirely.

You can read my January 2019 announcement about leaving evangelical faith here. 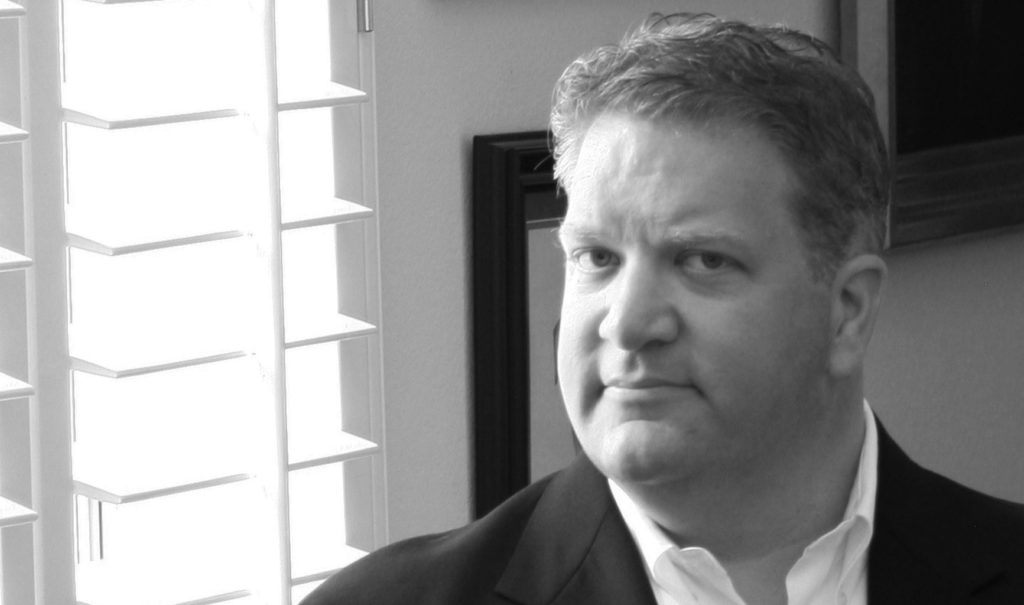 I (Charles) was raised Lutheran and, upon marrying Rebeca, began trying to find a compromise between my denomination and hers. We were nondenominational for a while but a year into our marriage we moved to a small Kentucky town and began attending a Southern Baptist church. I was later baptized in that SBC church. Both of our children professed faith in Jesus while we were in the Southern Baptist church as well. Rebeca and I led them through the Sinner’s Prayer.

When Rebeca told me in 2016 that she was questioning her faith, I was shocked. She had always been more steeped in Biblical knowledge and, while my faith was rooted in history, tradition, doctrine, and scripture, hers had always been 100% Bible-based. I never imagined she would ever entertain questions like, “Is God real?” and “What is truth?”

Rebeca shared with me her thoughts, feelings, and ideas throughout the year that she wrote the Questioning Faith journal.

Through that year of thought-provoking conversations, reading, and research, I experienced a series of events that led me to question the basis of my own faith, including the loss of my father to Parkinson’s Disease, job loss, the loss of our brother-in-law to glioblastoma multiform brain cancer, and two women in our family developing breast cancer. In dealing with each of these traumas, I asked the question “Where is God in all this?” and came to the conclusion that “He’s not.”

While the FREEVANGELIC blog started out as a place just for Rebeca to talk about her walk out of the faith, I have always been the tech support making it happen. When she asked me whether a more visible role would be appropriate, I told her I’d rather speak than write, so the FREEVANGELIC Podcast was born. Our first episode was my reaction to her faith shift. We’ve been discussing, discerning and laughing on the podcast ever since.

RE-TOOLING FREEVANGELIC: THE RESOURCE FOR LIVING A GOOD LIFE 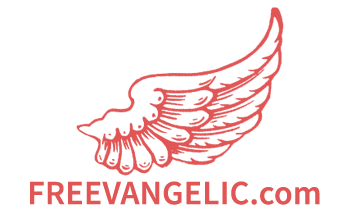 Since the announcement here in 2019, many friends, family members and even strangers have reached out to us. It turns out, there are a lot of evangelicals questioning faith and a whole tribe of former evangelicals who aren’t sure how to live now.

We’re now in our third year of post-evangelical living. We’ve figured some things out about good living and we are still learning others.

We pay attention now to how our food was grown, who made our clothes and goods, how people and other living things are treated, and more. We continue learning about the history of how the Bible was formed, who the historical, authentic Jesus was, and how others are grappling with these truths in their faith journey.

Our parenting experienced massive impact when we could no longer trot out Bible references to enforce rules. The kiddos are okay, though, and when we asked them on a podcast episode how they felt since we left the church, they surprised us by saying we are calmer, more at peace, and less stressed.

We’ve read books by Biblical and Historical Jesus scholars, leaders of other faith traditions, and philosophies both ancient and new. We discuss those resources on the podcast.

People living in different and no faith traditions reached out to offer insight into their ways of living. (Thank you!)

At the suggestion of a friend, we volunteered at the Wild Goose Festival in 2019. The new friends and philosophies we met there became a part of our experience, too.

We drink it all in because we have so much space to fill and a desire to learn, to know. Evangelical faith is all-consuming. Every aspect of life is devoted to it. Now that we are out of it, there is no crevice that remains stuffed. It’s all wide open and we walk through life asking, receiving, enjoying, considering, embracing, discarding, and coming into a better way of being.

It’s a good life. If you are feeling lost and unsure after your evangelical experience, you are not alone. We get you. We’re here for you. Honey, we are you!

As a matter of fact, that’s why we shifted FREEVANGELIC into what you see today.

FREEVANGELIC is no longer just a place of announcement. It’s the resource for others like us – former evangelicals whose awareness of good living is expanding. It’s for people who might appreciate knowing what we’ve learned and embraced about parenting, consuming goods, living on this planet, and interacting with others.

We do not have everything figured out in this post-evangelical life, but we do know this to be true: kindness and love are truth and they lead to good living.

If you want more detail on how that plays out in our lives, click around! And please get in touch. The tribe here is a warm, welcoming one. You have a place in it, too. 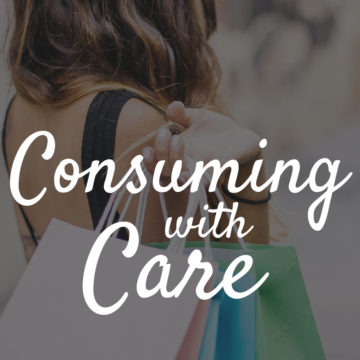 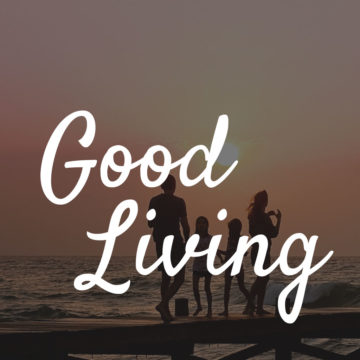 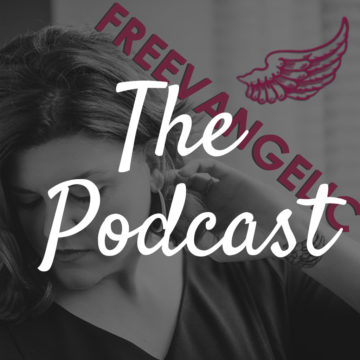